For the past two summers, I have left Costa Rica early and traveled to Panama to fish near Piñas Bay. This is one of the most beautiful places that I have ever been in my life. The bay runs deep into the Darien Rain Forest and is almost land locked. The mountains that surround the bay are tall with huge trees and a canopy that one can hardly imagine.  The water is clear green with beaches lined with rocks. One of the most amazing things is how the high tide keeps the vegetation overhang trimmed. When the tide is low the tree line is perfectly trimmed far more perfectly then any man could do it.  It is both surreal and serene to be anchored in such a magnificent place.  It is set back in time as each evening when we return from fishing the Embera indigenous people come paddling up to our boat in their canoes. Very friendly people dressed in bright colored hand-made clothes with many of them covered in henna tattoos. They bring the most remarkable hand made articles in hopes of selling them to the fisherman.  The things they make include bracelets of beads and seeds, baskets woven so rightly out of grass that they will hold water, and woodcarvings. They also build miniature versions of their canoes with fish carved in the sides. I’ve seen these items hundreds of times and it never ceases to amaze me that they build them without the help of modern tools. Recently Stephanie, Sydney Broadaway, our first mate John, and I visited the village in which these indigenous people live. The entire time that I walked through this village I kept thinking how people in my own country complain about everything. The most destitute individual in our country can comprehend hardship without seeing these villages. However, the one difference is that no one is complaining, no one is waiting on the government to hand them free things; they are all working to survive the day. We witnessed people making clothes, carving items to sell, and drying rice on tarps. Although the Panamanian sun was beating down with a vengeance everyone was happy, friendly and genuinely glad to show us around. Dogs, cats, chickens, and parrots walk around without bothering the other, children playing everywhere, and smiles on every face. The one thing missing in this village that our country is filled with is greed. I left the village thinking that greed is what needs to be abolished in our country for it is what causes the rest of the bad issues we have. 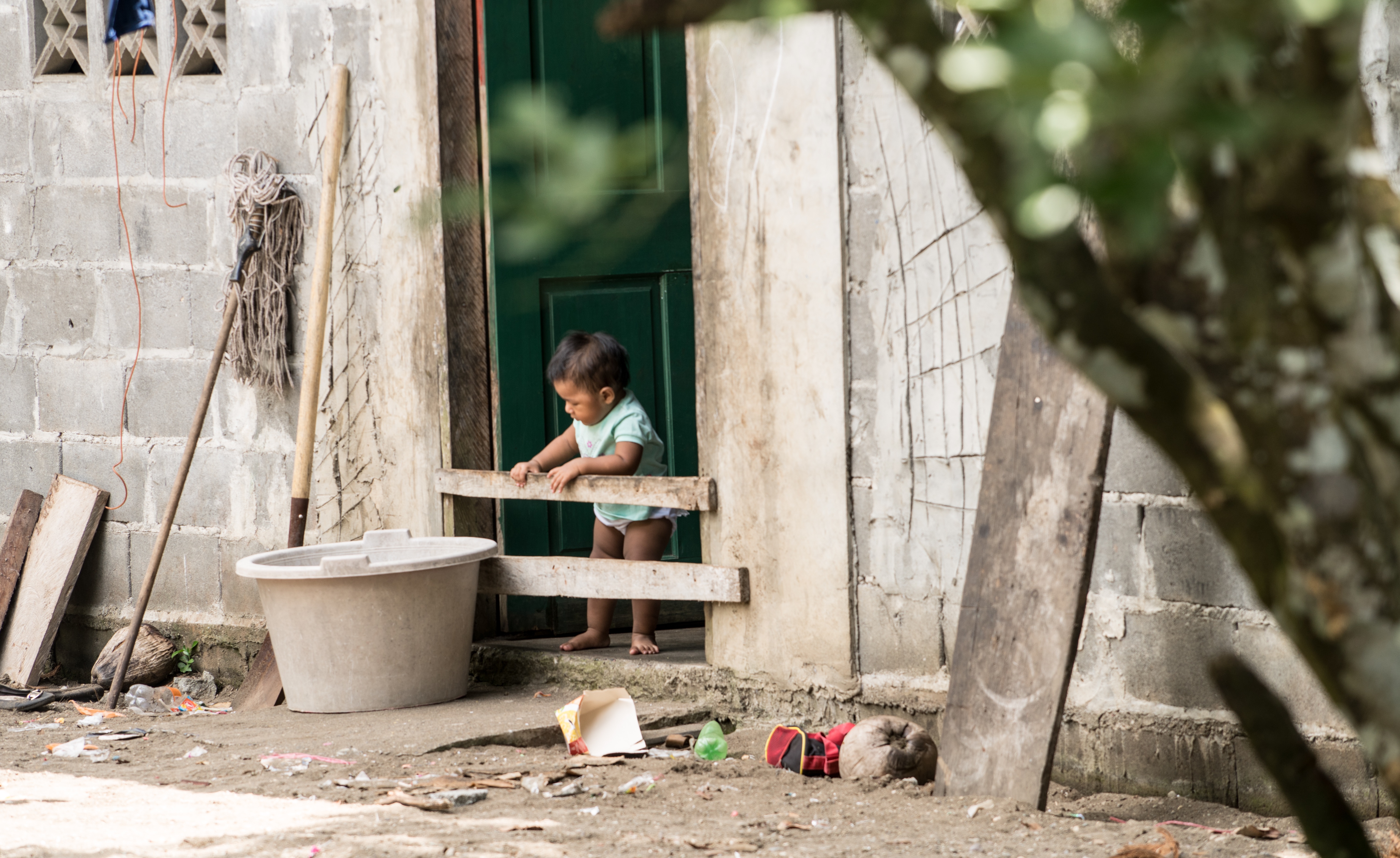 It would be shameful to write this blog about Pinas Bay and not mention one of the oldest and finest fishing charter operations there is. Pinas Bay is home to Tropic Star Lodge. This unique venue is carved out along the beach in the farthest reaches of the bay. It is immaculately built and hosts big game fisherman from around the world. There are only two ways one can get to Tropic Star, air and sea. With no roads leading anywhere close to the lodge it is truly a very remote but 5 star location. The lodge is equipped with bar, rooms, restaurant, swimming pool, Internet, massage, and most anything else you can think of. Everything runs off of a generator that they have hidden away back in the jungle.  The lodge was originally built in 1960 thus it is fair to say that they are doing everything right. To this day, it hosts anglers weekly for truly amazing fishing. The fleet of 31-foot Betram sportfishing boats is a symbol of Tropic Star and their crews are truly good at what they do. Although I take my own boat to the bay I very much encourage everyone to go and experience what Tropic Star has to offer.

Last year, we caught quite a few marlin while fishing out of Pinas with several of them over 500 pounds. On the day that hurricane Harvey devastated my hometown and the coast towns around, it we caught a blue marlin I estimate at 750 pounds. The next day, we flew home to help with the clean up and subsequent rebuild. This year, the marlin fishing started off a bit slow, but we noticed a lot of sailfish. We changed our tactics a little and started capitalizing on the numbers of sailfish. We’ve caught between five and twelve sailfish a day and have had a few blue and black marlin mixed in as well. The marlin has averaged around 400 pounds. 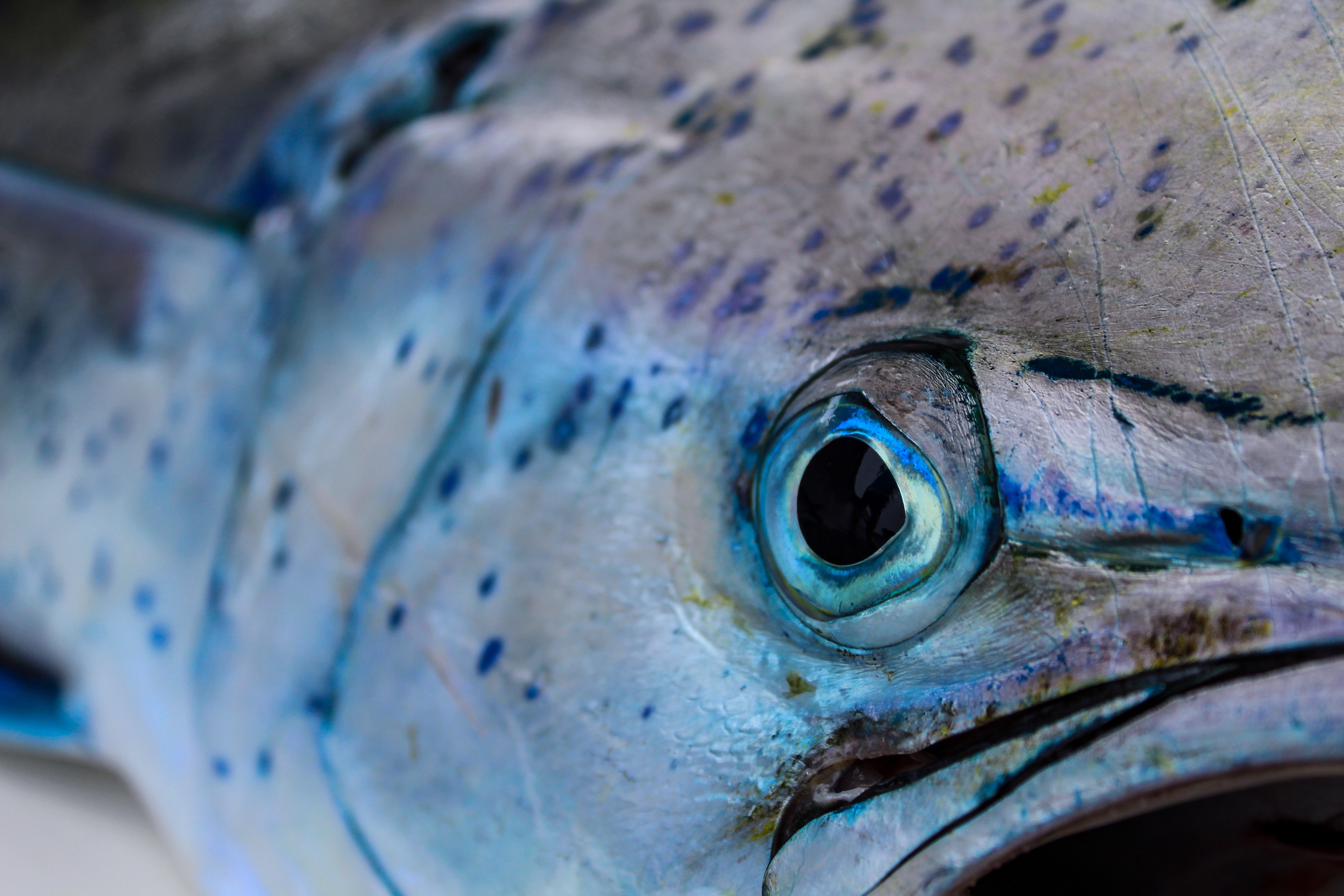 We are currently back in Panama City resupplying with groceries. Friday, we will leave for our last trip to Pinas Bay for the season. The beauty that I see in my travels is remarkable. My Instagram page is filled with the seasons happenings, have a look, @dbraman3.